Standards that Dig Deeper &
Assurance at Every Level

What we do
Discover the IRMA Standard
View Audited Mines

IRMA’s staff and Board of Directors join with the world in mourning the passing of IRMA Board leader Dewa Mavhinga, of Human Rights Watch, who passed away suddenly on 4 December while working in southern Africa. Read our remembrance of Dewa.

IRMA has just released a draft IRMA-Ready standard for responsible mineral exploration and development. Download the draft, find out how to participate in a pilot test, and view one of the webinars held in December 2022.

Audit Updates:  A new audit (Stage 1 desk review) has commenced at the SQM Salar de Atacama lithium extraction site. The on-site audits for Barro Alto and Minas Rio (Brazil) have been completed. Finally, due to the reporting of a new Covid-19 variant and subsequent travel bans to South Africa, the on-site audits for the following Anglo American mines were postponed: Amandelbult, Kolomela, Motolo-Der Brochen and Sishen (South Africa). Both IRMA and ERM-CVS, the audit firm carrying out the four audits in South Africa, will inform stakeholders when those on-site audits have been rescheduled.

The latest from the IRMA Blog: The EV revolution will take batteries, but are they ethical? Benefits of certifying your mine with IRMA

The IRMA standard offers the only third-party certification of industrial-scale mine sites for all mined materials that is governed equitably by the private sector, local communities, civil society, and workers.

IRMA is proud to collaborate with some of the world’s leading organisations working to improve responsible mining. Find out how IRMA membership could benefit you. Reap the benefits of commitment to sourcing from certified mines. 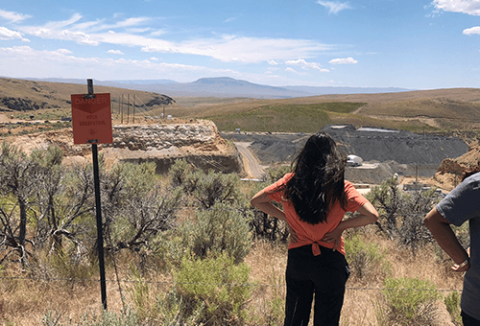 Partner with us to raise awareness of the need for responsible mining. Protect rights and quality of life of workers and their communities. Find out how lenders, investors and insurers benefit from membership.

Membership in IRMA is now open for applications from all stakeholders. Membership is a good first step towards engagement in IRMA and provides organizations with an opportunity to inform the globe’s most comprehensive definition of ‘responsible mining.’

The Responsible Mining Map is an interactive tool that allows diverse stakeholders involved in mining (ranging from affected communities to mining companies) to identify global progress in responsible mining.

To explore the map, and to find out how to get your organization listed: